A downloadable game for Windows, macOS, and Linux

(does not include a Steam key - if you want that, go buy it on Steam, thanks!)

You're a lonely lil' bird, and your Big Friend has hung up their board for good. Their job sucks, and lately, they're barely ever home to play with you. You're gonna fix all that with the power of being a chill little skateboarding bird. You may be tiny, but the more you skate, the more following you get, the more the world of bird skating will open up. Birds will come check out your park, help you find more parks, and together you'll (somehow) fix Big Friend's life! Above all else, skate birds try their best.

And if you bail, you just get back up - because above all else, skate birbs try their best!

In order to download this game you must purchase it at or above the minimum price of $19.99 USD. You will get access to the following files:

i can tell 50% of players found this from qzeq's video

I was a little difficult to control on mouse and keyboard but still had lots of fun with the game!

Loved playing this! Gonna be playing it alot more haha

I got this in a bundle and loved it, and months later I eventually got a skateboard. The two decisions aren't directly connected, however I shall still blame it on the skateBIRD to skateboarder pipeline that definitely exists.

So cute and fun, really all kinds of enjoyable. My partner who can actually skateboard IRL also loved it.

yay! glad to hear it 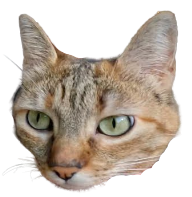 No graphics options, so i can't adjust the game so It'll run on my PC properly.

Fantastic game! Unfortunately the level Big Business's textures or 3D models are broken on the linux version. The flickering made it unplayable for me. I was looking for a save file to skip that level or something, but couldn't find anything.

Oh! Sorry, not sure how I missed this comment. There's a devconsole you can enable with -devconsole, and then you can skip missions with MissionManager. commands. There's also a cheat system, but if you're on PC the console is faster.

Didnt expect to have so much fun with it.

This game was a blast throughout. As the game progresses, levels get harder, but you will become better with time. This element of improvement is the best part of the game, as visible improvement makes our brains go whoo. My least favourite stage would have to be the rooftop due to the lack of control of your speed which makes grinds harder, and my favourite stage would have to be the first one, in the room, its perfection. At times, the game's comedy seems off but at others, it's hilarious and surprising.  My only criticism/feedback would be that there is now way to roll? Idk yaw roll or other one. One of the most critical is missing.  The music is in all honesty a hit or miss very few tracks spoke to me so I just use Spotify. My advice? Buy the game, put on some chill music, then vibe out for a couple of hours.

I'd be lying if I said I wasn't addicted to playing SkateBIRD. The THPS vibes alongside cute birds and various customization options make this the perfect game for beginners and returning THPS players alike.  Can't wait to see what else the developers create!

it's a really fun and well made game i love it. but for some reason for the quest where u go outside. the "falling off the table zone" keeps on existing when i fall off so i can't do the quest :(

currently having tons of fun in this game!!! the characters are cute, quests/missions are enjoyable and the customization for your bird is wonderful. also the soundtrack is banger i forgot to mention this woops

please buy this game if you ever get the chance to. once you get into it it’s alot of fun 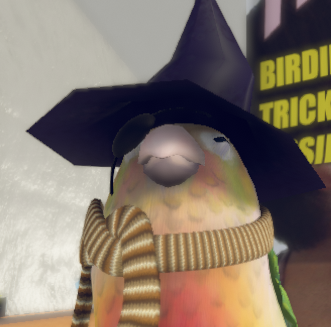 This is the darksouls of skater games

Source: The mission where you have to grind on bowls of soup but you can't jump high enough to land on it

Whatever you're imagining, it's all of it and more.

Hey I just bought this bundle but I am concerned about any malware, etc. If there is any malware in the bundle pls let me know ty (btw this looks like a great game)

there is no malware in this bundle, all the games are perfectly safe

i think if anything is a maware, itch.io team will remove it

We did have a game which was actually infested with crypto miners (it was a fake version).

Amazing Game, loved every second of it. We need a sequel!

Would be rather upset if I spent $20 on this. The camera does not function and the controls feel awful. Cute birds and nice music tho.

Great game did almost all but one mission. Someone teach me how to manual up a ramp halp lol.

That one a pain,  if you're talking about the one in the you have to manual so your front wheels are off the ground because the other one is slower I find. Also, the 90-degree turn sometimes bugs it and you have to restart so make sure you have lots of speed.

Super cute birds, you can even pet them 😭💖

This is the best game ever made! you can customize your cock in a crazy amount of ways and let him following you, and do the funniest skateboard tricks of all time, just like in Pokémon HGSS.

This is such a lovely game, I'm glad I found it!

is there a way to turn back tutorials and the  guides? I played for 30 mins stopped then  it all went away :o i can't interact with the NPC

How did you get it on Xbox Game Pass?

Is this a controller game? Im having hard time playing on keyboard... But its fun :)

yeah you can connect your controller

HAHA this is awesome. I love these kind of games that don't need any installation process. I can just drop this on my multi emulation system and run the game portably without any issues in any computer! Using this on Retrobat right now! 🥰

I love this game!

Someone please tell me they got Tony Hawk to sign off on this somehow...

I know it's not in scale, but imagine a character of an actual hawk named Tony. On a skateboard. I mean, it just writes itself. Can be called Anthony just to avoid legal issues.

There's something similar in the bird creator menu 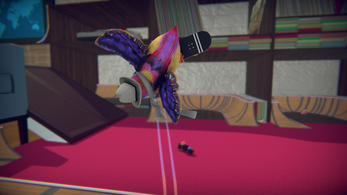 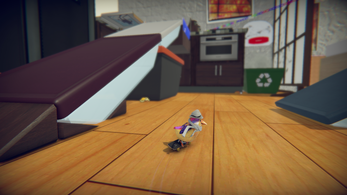 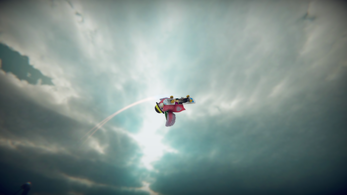 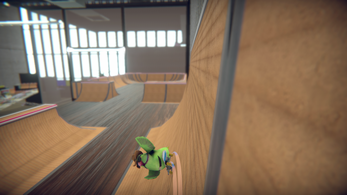 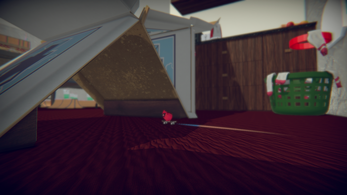 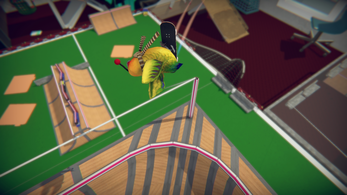 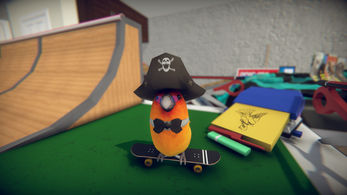 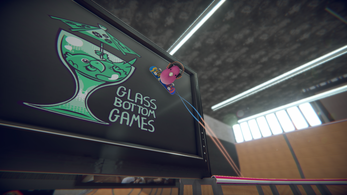